Journey - way out West and other adventures

Last month my wife Sue and I took a vacation in the US.  We had planned to spend some time in Las Vegas, but also to do some travelling around the surrounding desert areas to see some of the sights.  More importantly, we had arranged specifically to go at this time because it co-incided with the opening two shows of Journey’s huge US tour this summer.  Journey were playing in San Bernadino on 21st July, which is a few hours drive south-west of Las Vegas, and the following night they were playing in Stateline, Lake Tahoe which is a few hours drive north-west of Las Vegas.  On paper, it looked a relatively straightforward trip between the two.

We made arrangements for me to get passes to shoot the two shows, picked up some of our US friends en route (Val and Barb) and headed down to San Bernadino a day early.  We met up for a drink with Ross (Valory, Journey’s bassist) and said hi to some of the other band members, and caused some consternation in the hotel when Ross tried to convince some of the hotel guests that he was the band’s manager and I was Ross Valory.  Some were taken in completely, while others struggled to get their heads around the idea of an English bassist in Journey.

At the show itself, Journey were supported by Loverboy and Pat Benatar.  I’d seen Loverboy a couple of years ago at Moondance Jam and, while they sound fine, they are not the most exciting band to photograph.  I also had some trouble picking up my photopass, due to a mix up about where they were, and I didn’t get into the venue until they were about to hit the stage, so didn’t even attempt to shoot them.  Pat Benatar, on the other hand, I would have liked to shoot, but talking to one of the other photographers outside he told me he had been asked to sign a contract handing her exclusive rights to all photos he would take (he refused to sign).  I had heard of these rights grabbing contracts and the problems they cause for photographers so decided not to even try to shoot Mrs Benatar.  In the event, the photo pit was completely empty for her set.   Her show was, actually, very good.  She sounded on fine form and really got the crown warmed up.

I did make my way into the pit for Journey’s show, after some lengthy discussion with the venue security about my desire to shoot the whole show.  Despite the fact that my pass, signed by the tour manager, specifically stated that I was going to shoot the whole show, they still only wanted to let me shoot the first three songs.  It took the intervention of the band’s own security guy to settle the matter.

Journey were magnificent.  Whatever you might think about changes of singers in a band (and Journey have attracted more comment and discussion about that than just about any other band) there is no doubting the quality of Arnel’s voice.  He sounded great, and the band sound about as tight as they have ever been.  Arnel had the aid of a teleprompter for some songs, not because he doesn’t know the words, but because the band told me they are really mixing things up on this tour, changing the setlist every night and moving new songs in, some of them rarely played.

Here are a few of my pics from that show...

After the show we headed back to our hotel early, because we had worked out we needed to be on the road for the trip to Lake Tahoe by about 4.30am.   It was an eight hour drive through the desert non stop, and the problem was that we’d promised to be in Lake Tahoe to attend another friend’s (Cheryl’s) birthday party, which was starting at 1pm.

It was a looooonnnngggg drive, but we made it, with literally 5 minutes to spare.  The party was fun, we met up with lots of friends there who we hadn’t seen for years (since a previous Journey tour in fact) and even Jonathan (Cain, keyboards) popped in to wish Cheryl happy birthday.

That night’s show in Lake Tahoe was, if anything, even better than the previous night.  Again I missed Loverboy and most of Pat Benatar’s sets while I was sorting things out backstage.  Talking to Jonathan at the band’s pre-show meet and greet he suggested that I get a few shots from up on the side of the stage, and he got that organised for me.

As Journey came on I was stood on the side of the stage, with Les and Barb (Neal’s parents), and got a few shots from among the speaker stacks and behind Deen (Castronovo, drums), while the other photographers fought for space in the photo pit.   Then, once they’d all left I came down to the pit and had it pretty much to myself  - it really is a privilege (and a luxury) for a photographer to get that level of access, and it isn’t something I take for granted.

The energy, and obvious enjoyment, among the band on stage was evident.  Any nerves from their first show of the tour last night were gone, and here was a band already firing on all cylinders only two shows in to a long tour.  I can’t remember the actual setlist offhand (when I’m photographing I don’t really take that much notice of it) but I do recall there being several different songs to the previous night.

These are my favourite pics from the Lake Tahoe show... 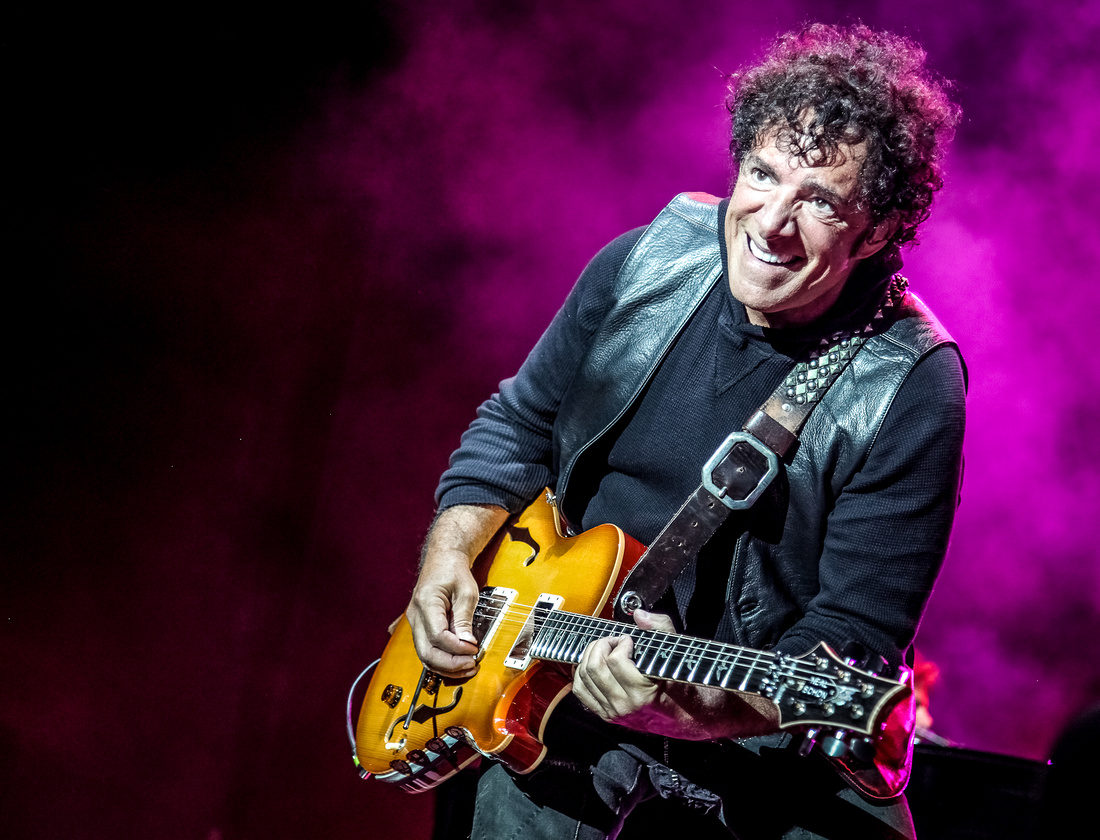 We stayed in Tahoe for a couple of days, doing some sightseeing, and then dropped Barb off in Reno before heading back to Las Vegas for a couple more days and finally heading home.

Despite being mainly desert for hundreds of miles around Las Vegas, the whole area is very photogenic.  If you’re interested in some of the sights on offer, here are some examples.

First, Red Rock Canyon.  This beautiful canyon it literally about 15 minutes drive from the centre of Las Vegas and is well worth a visit or two.  Once there, a 13 mile one way driving route around the canyon takes you to all the fantastic viewing spots.  In particular, the visitor centre is as good as any I’ve seen anywhere. 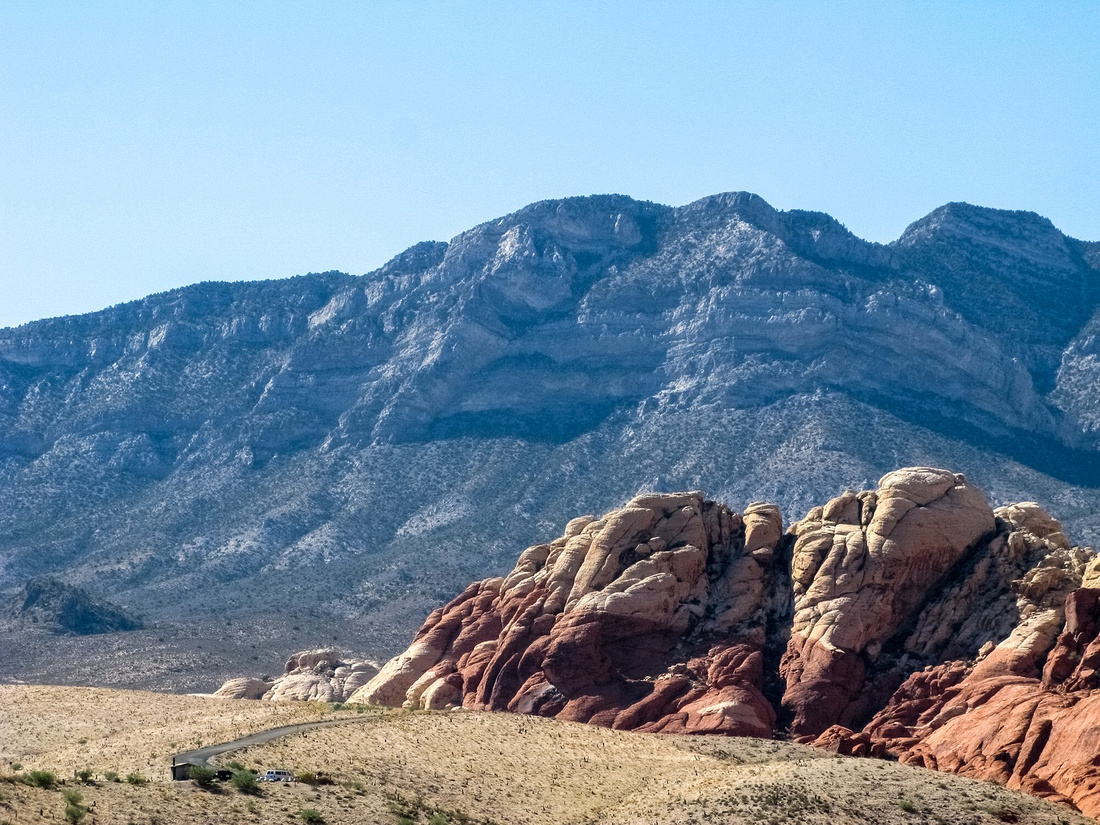 Next, the grand-daddy of canyons, of course the Grand Canyon.  We took a coach trip to see this.  It’s about a 3 hour journey, including a stop at the Hoover Dam, another photographer’s dream location.  We decided not to go to the Skywalk – a glass walkway over the edge of the Canyon – as everybody else was going there and in any event cameras are not allowed actually on the walkway (which sort of defeats the object for me).  Instead we got dropped off at Guano Point, a mile or two away, which offers in my view (based on the research I’d done beforehand) better views of the Canyon itself.  You can see for yourself here... 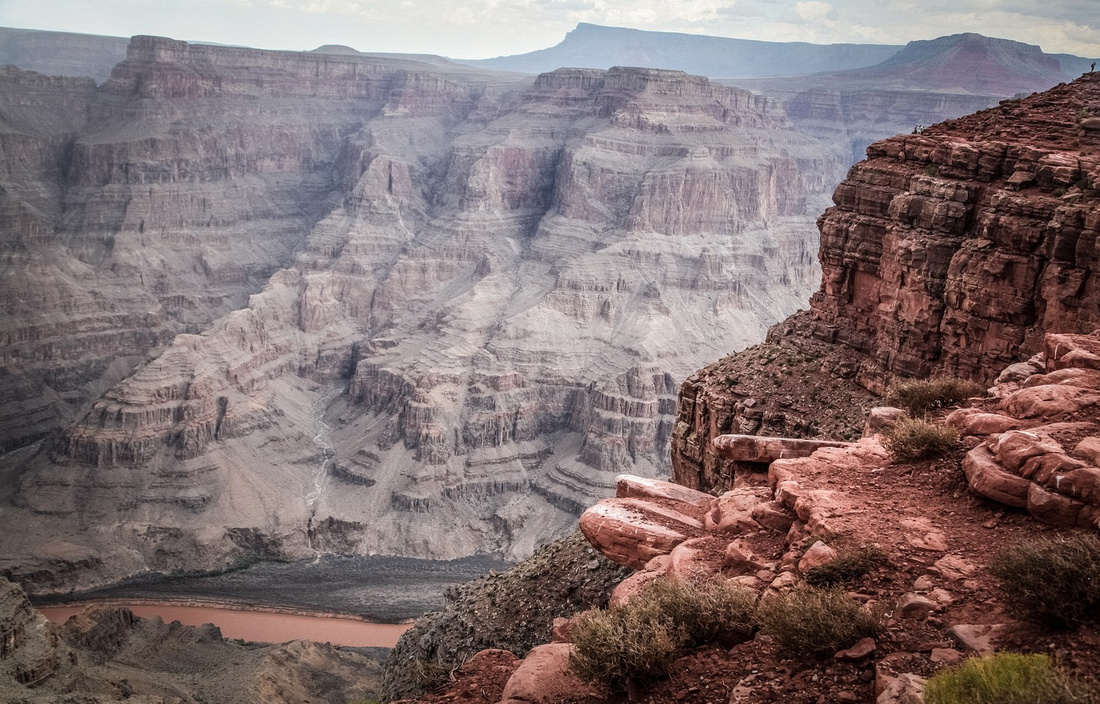 Interestingly, while we were there we were talking to one of the security guards at the Canyon and he was telling us how dry it had been lately, and how he hadn’t seen any rain on duty there for years.  Literally thirty minutes after that conversation, the sky went black and the heavens opened... and we got drenched.  Apparently, it rained so hard they had to shut the Skywalk for a couple of hours, further vindicating our decision not to go there.

Finally, here are a few pics from our various desert journeys, including from Las Vegas to Lake Havasu (site of the famous London Bridge, which was transported brick by brick from London to Arizona), Las Vegas to San Bernadino, San Bernadino to Lake Tahoe, and finally Lake Tahoe back to Las Vegas. 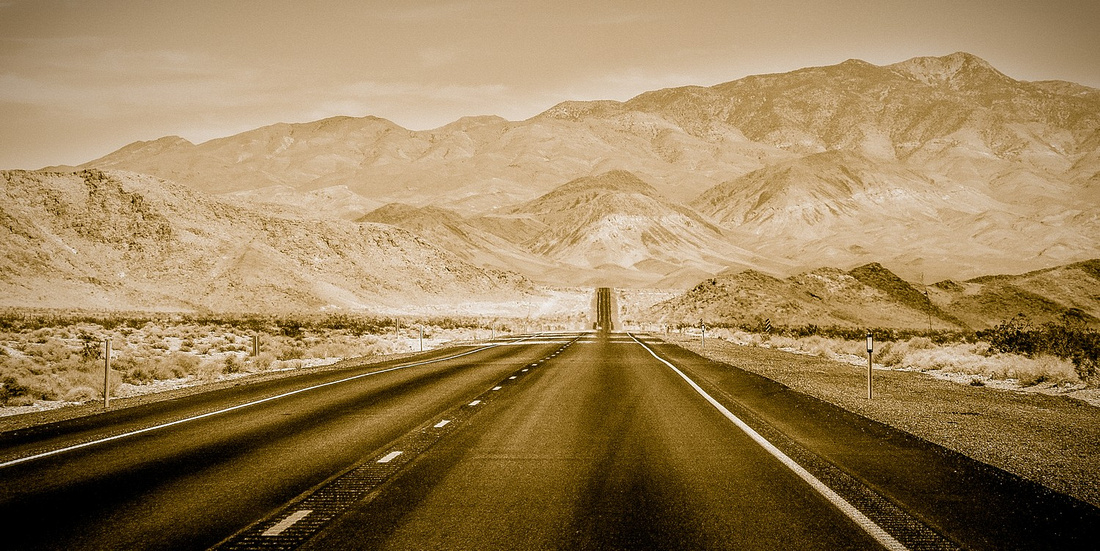