I spent last weekend as a regular fan at this new festival in Kent.  I didn't even try to get a photo pass, because with UK festivals unless you are working specifically for a major publication the answer is almost inevitably no.  Also, as it was the first festival here, I wanted to experience the whole thing, not just see everything from the photo pit.

The festival itself was fantastic (at least the Saturday - more on the Sunday later),  Everything was pretty well organized but laid back, the sun was shining, and each of the bands we saw put in brilliant performances.

I took my new Olympus EM10 MFT camera for it's first workout as my sole camera at this kind of event (I usually have two huge Canons).  The Olympus is half the size and less than half the weight of just one of my Canons, so is much more convenient to carry around in the crowd and attracts much less attention.

Anyway, despite not working in any official capacity I did take a few pics of several of the bands we saw.  Here are my pics of FM, taken from various locations in the crowd as I wandered around.... 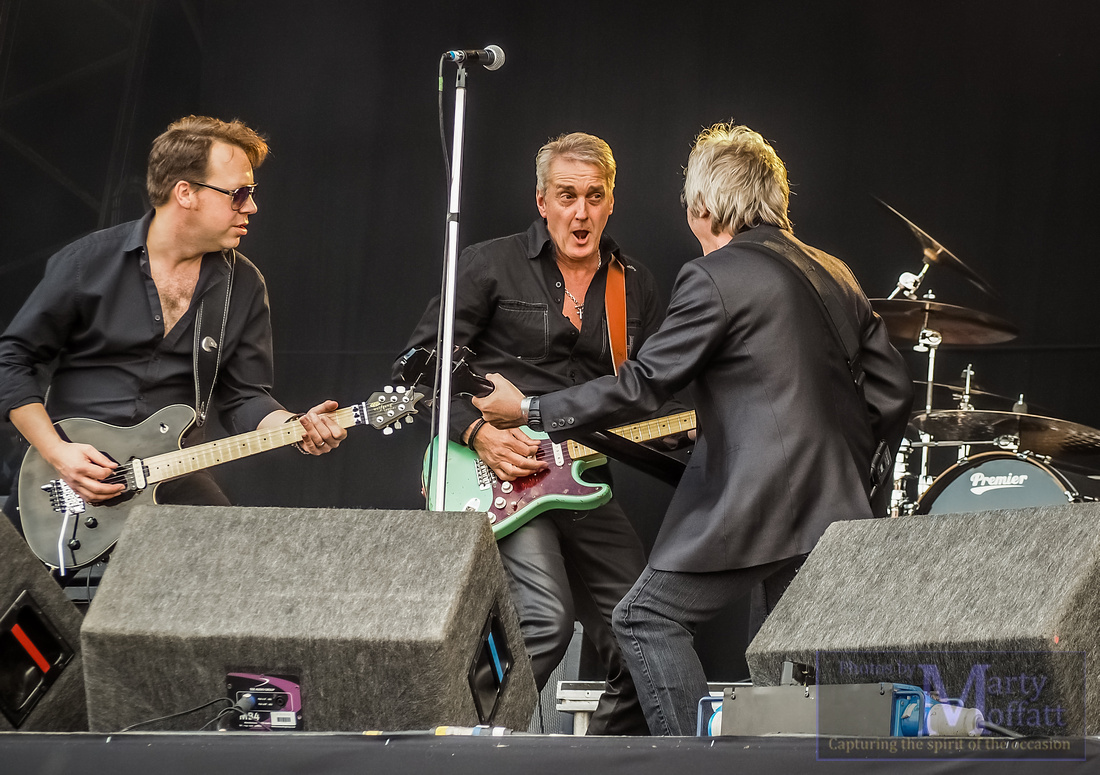 Considering how far back from the stage I was for most of the day I think the Olympus fared rather well.

I took lots of pics of FM because I could and because they are friends of mine.  I shot several other bands too (including The Scorpions, Camel, Saxon, Blue Oyster Cult, Toseland, Jason & the Scorchers, No Hot Ashes and others), but not nearly as many pics.  I will post those pics when I've got around to editing them.

If Saturday was all the best in terms of weather at a British open air festival, Sunday contained some of the very worst weather.  It was windy and raining for the whole day, from before breakfast until we finally decided enough was enough and departed, around 4pm.  It was so wet I didn't take my camera out of its bag.  It's a shame we didn't get to see some of the bands scheduled for later that day, and I felt sorry for those who had already played in the pouring rain (including an excellent set by The Quireboys) but there is always next year.